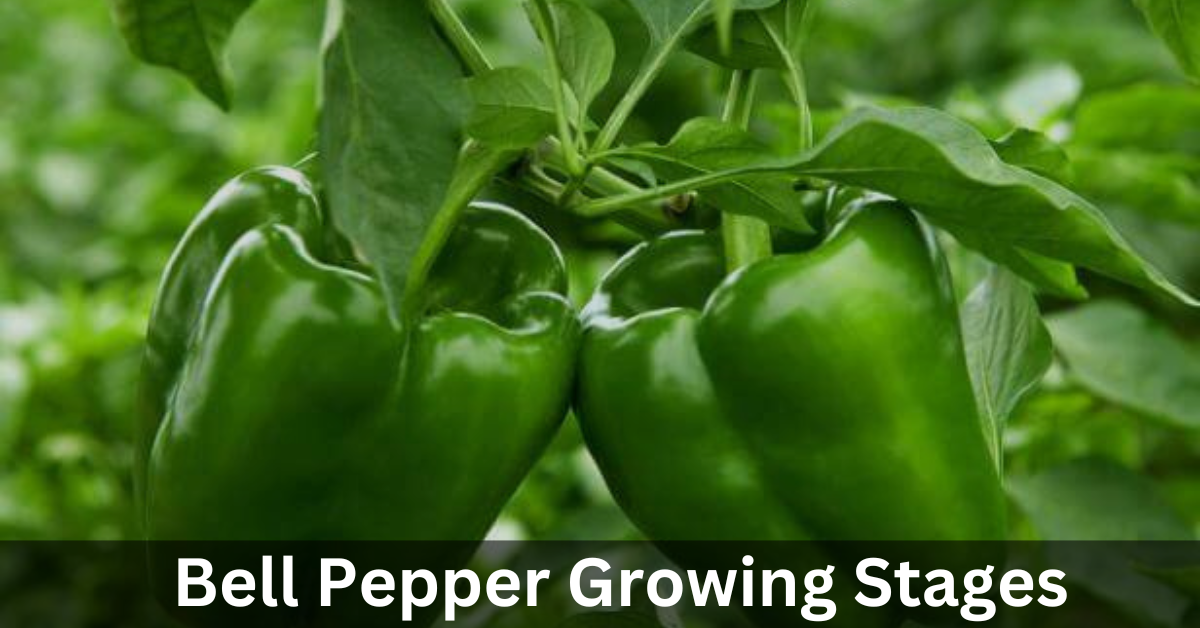 Bell pepper plants are part of the genus Capsicum and belong to the Solanaceae or nightshade family. Although they can grow more like perennials in hotter climates, in most gardens, these plants grow like annuals. By reading this article we all know growing stages of bell pepper.

Seed germination is the first part of Bell Pepper Growing Stages. Pepper plants are known to thrive in soil temperature between 75 to 80 degrees Fahrenheit since they are tropical plants. A quarter inch layer of moist soil should be used to cover the seeds. As the processing time is pretty lengthy and can take up to four weeks for the seeds to germinate and sprout, you will need to have patience. You can prepare the plant for its life outside once the plant produces third true leaves. Third true leaves are actually the second set of leaves produced by the plant. The sunlight can further stimulate the root growth at this stage. So if it’s not already near a window, it is better to move it someplace where it will get plenty of sunlight.

The root system will be large enough and you can plant the pepper seedlings in a container about six weeks after germination. Just make sure the container is at least four inches in diameter. The plant will grow more leaves after eight weeks. Then you can transport the plant to the garden.
It is important to make sure that you do not plant pepper seedlings outside until about two weeks after the area’s last freeze. Peppers need warm weather to thrive and colder seasons will affect its progress. It is better to keep the plant indoors at least until the daytime temperatures reach a minimum of 60 Fahrenheit.
If you want the best results, you can add a fertilizer in the garden’s soil and ensure that the soil has a pH between 6 to 6.5. In order to make sure that the plants have enough room to grow, it is best to space the plants 18 to 24 inches apart when planting them.

The bell pepper plants will produce white or even yellow blooms when they are exposed to direct sunlight after the growing stage. They will bloom in groups of two or three and the blossoms will be a star or bell-shaped. Until the temperature reaches over 70 degrees Fahrenheit, the plant will continue growing.

In order for the plant’s life cycle to continue, the bell pepper plants must be pollinated.
Bell peppers don’t rely or depend on other plants or even flowers to complete the pollination process since they can self-pollinate.
It is true that some flowers spread their pollen with the help of insects. However, flowers also will pollinate themselves by directly dropping pollen from their anthers to the stigma.

The flower’s ovary will be fertilized once their blossoms are pollinated. Hence, the bell pepper plant will be ready to harvest. The ovary of the flowers develops into a fleshy pericarp which encloses at least two or more locular chambers. The pericarp of the peppers develops the walls of the ovary. Eventually, you will get bell peppers as the pericarp thickens and swells. The seeds form within the hollow regions of the bell pepper known as the locular cavities.

Bell peppers turn yellow as they become more mature while the immature bell peppers are generally green. The bell peppers change from green to its mature color as the chlorophyll in the pepper starts to break down. The mature color can range from yellow, red, orange, purple or even variegated.

Are there male and female peppers?

Do Bell Peppers Grow on Vines or Trees?

Where do Bell Peppers grow?

Bell pepper plants enter a dormant state if overwintering plants indoors are left without supplementary lighting. They will survive, but will not continue to grow or produce fruit.

By watering, fertilizing, and exposing them to more light, you can break the plants out of dormancy when the next season approaches. If successful, you will notice new growth in about a month or so.

Bell peppers are versatile vegetables and are able to grow all year around in different climates. Still, as they soak up the sun and benefit from the dry weather, bell peppers grow best in the summer. During their life cycle, they grow through a few stages and are completed when they are harvested. If you want to take better care of the plants and want to ensure a successful harvest, it is helpful to understand the different life cycle and growing stages of bell pepper.